One of my goals this year is to take some astronomy pics of various things – moon, planets, stars, DSOs. While some people take shots of the sky with just their cameras, in my limited experience, there are four ways to capture images through a telescope.

Option 2, the webcam, is great if you can afford the high-end cameras but even the lowest end requires another piece of equipment — a laptop to capture what the webcam is seeing. Lots of people debate Option 1 and 2, and while you might get an agreement that “technologically” the high-end webcams will produce better output, you’ll likely never get agreement on what is better or easier to work with for a given individual or at a given price-point.

Early adopters simply held the smartphone up to the eyepiece and snapped shots. I’ve done this myself, and got a couple of okay early shots of the moon, but anything else was beyond me. I just can’t hold it steady enough. I also don’t have the patience.

Moderate adopters bought simple adapters that came out from various manufacturers and basically gives a series of little clamps to lock on to your phone in one part and an eye-piece in another. It sounds simple enough, but it’s misleading. For one thing, all phones are different sizes so the phone clamps have to be adjustable i.e. not exactly perfectly sized or lined up. Particularly because some phones put the camera in the corner of the back, others put it in the centre, others in the opposite corner, etc. So after you mount the phone to the adapter, you have to centre a mounting ring over your eyepiece to get it lined up (most newbies make the same mistakes I have done which is to try and centre the camera over the eyepiece rather than first centring the eyepiece ring over the phone’s camera port and then adding the EP last).

I tried webcam stuff, but it was something I pushed to the back-burner after a few tries, with the intent to focus on visual observing until I felt that I had that well-covered. Five years later, I don’t have it nailed, although the alignment process is fixed. I tried DSLR and have all the parts, just haven’t quite nailed the process and set up yet, but again, put it to the back-burner. The point-and-shoot option is still on my list once I nail smartphones as I would like at some point to take four images of the same thing(s) with all four just to show what I can get with a bit of practice and minimal skill.

This leaves me in the beginner’s AP world of snapping photos at the eyepiece with my Android phone running Camera FV-5. I tried a bunch of other apps, none were even close to giving me what I want on my Samsung Note 4. I can’t save in RAW, but I’m fine with JPGs. I’m aiming more for souvenir web photos than printing enlargements or giant murals. I’m getting a few shots, but nothing spectacular, and it’s hard to figure out where I need to make my improvements. There are x steps in the process. 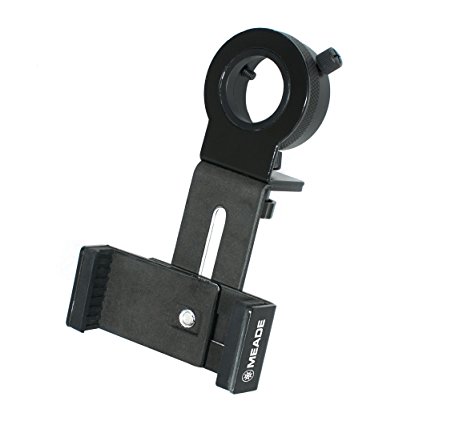 To align the phone at the right height above where the eyepiece will be, you use screw knob 2 which allows the phone bracket to move up and down in height about half a centimetre. Screw knob 1, which holds the U together, also allows the horizontal phone to move forward / back and left / right in the bracket to allow it to centre itself over the eyepiece ring. 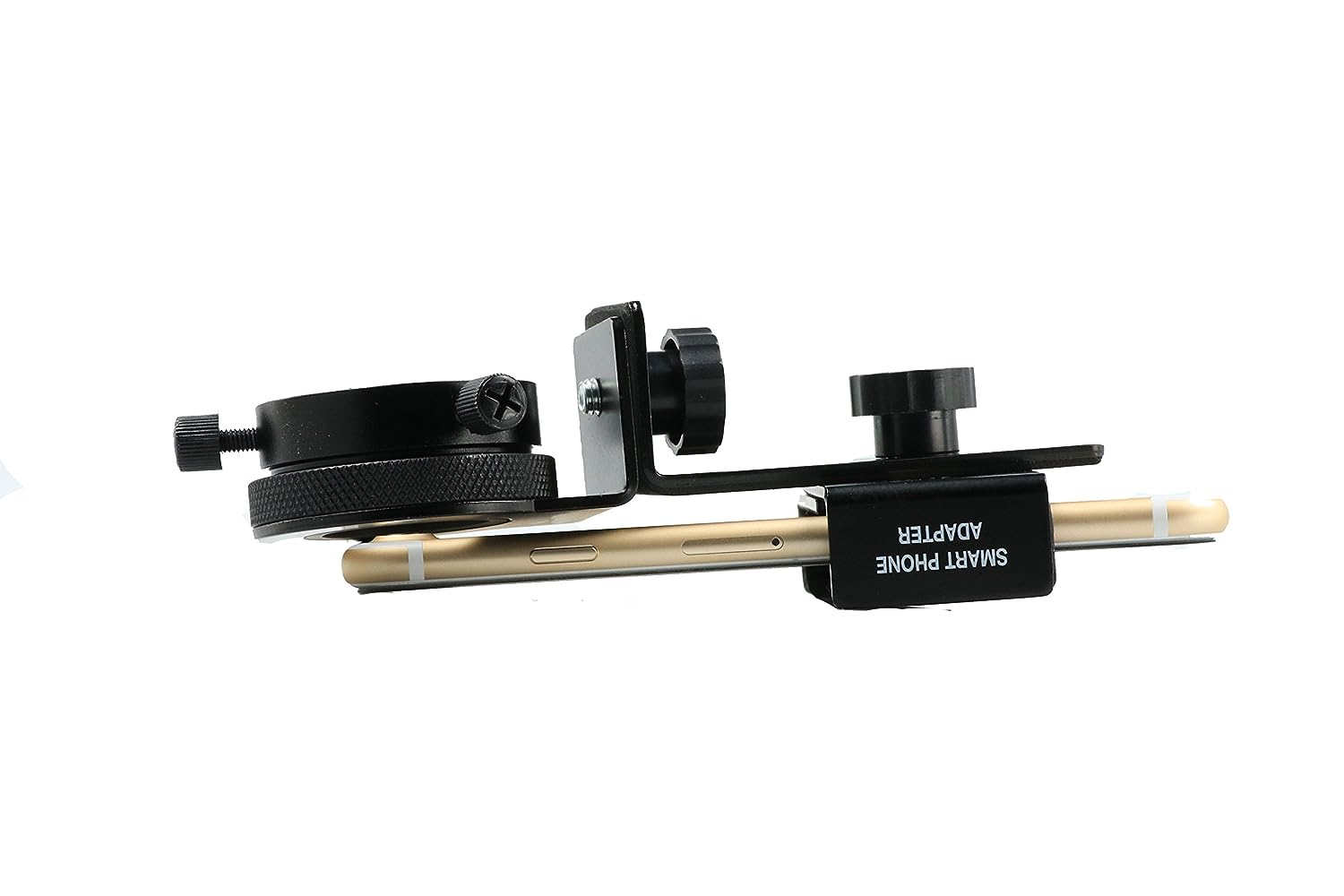 Step five: Adjust the focus of the scope

With everything looking perfect on the screen, time to record the video or snap the photo. Since most phones will shake a bit when you touch them, lots of people use a 2-second timer delay for the shaking to stop or a remote trigger or even voice controls.

I essentially swap steps three and four. Normally you use the EP to find an object and then mount the camera on top. In my case, I have an extra EP, so I first mount the EP I intend to use to the camera and THEN find an object with the other EP. When I am ready, I swap the EP+camera for the spotting EP. It saves a few steps on the fly and increases the likelihood that my EP will stay attached.