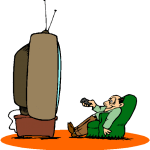 Netflix released a show awhile ago called the Tribes of Europa, with season 1 consisting of six episodes, dubbed in English. The setting of the show is the year 2074 when life in Europe consists mainly of warring tribes. According to the opening explanation, something happened in December 2029 which caused a massive blackout, and the phrase for the “event” was Black December. Nobody seems to know what caused the Blackout, but countries collapsed, and Europe descended into chaos over several decades. Countries were replaced by more local “tribes”.

In the opening, you meet the Origines, a small tribe in Europe that has forsaken technology in favour of living in the forest at one with nature. They believe all life is one, and that they can generally live in peace if they avoid contact with outsiders. There are other tribes around them, but generally, everyone stays in their own area. Until the day a flying ship passes over three of them while they are out hunting far from their Refuge / home, and then the ship crashes. It is technology well beyond anything that existed back in the day, well beyond a simple plane of old. They are all too young to remember, but they know some of the history from books and things.

The three main characters are 2 brothers and a sister, and they all have different reactions to this outside event. The oldest boy is impatient to see the world, and wants to go investigate; the youngest is smart and dying to figure out what caused the original blackout; and the girl is curious but adheres to the tradition of the tribe to return back to the Refuge and seek counsel from her father, the leader of the Tribe. As the EP proceeds, they eventually investigate, make some discoveries and end up being confronted by a powerful outside tribe that wants the technology from the advanced ship in order to rule Europe.

The acting and writing

For the show, there is a bit of confusion in EP1 as to who the main character is. The show opens with a girl claiming she’s looking for her family in all the chaos, and then you meet her. Her name is Liv, she’s the daughter/sister I mentioned above, and she’s played by Henriette Confurius. She has a strong “Katniss” feel to her for a good part of the show, living off the land, shooting arrows (albeit with a crossbow), and she isn’t on fire anywhere, but she’s got some presence. She has a decent list of credits on IMDb, but given it’s all European shows, I don’t recognize her at all. And it’s dubbed, so hard to tell at times how much the acting is the voice vs. the face. She’s decent, but I would have expected a stronger presence in EP1 if she was the anchor of the show.

Her oldest brother, the one impatient to see SOMETHING or do SOMETHING, is named Kiano and played by Emilio Sakraya. He has a similar acting profile to Confurius but in EP1, he actually has some presence. It’s a bit cliché and inconsistent in places, but definite presence.

The youngest brother, Elja, is played by David Ali Rashed, and his list of credits is much shorter. As such, it’s not surprising that he comes off kind of shallow in his acting in EP1, not a lot of depth there, mostly just staring at things and looking confused. I also admit that the dubbed voice doesn’t seem to match as well, so that might be hindering my processing.

The bad guy for the EP is a woman named Ana Ularu, playing a character named Grieta. And she’s relatively terrible. She only has three real scenes, one where she is dealing with her boss and seems like a Gladiator cliché; one where she’s fighting, with no real oomph or menace; and one where she’s interrogating people, but I didn’t feel a sense of menace, dread, fear or even of command in the scene. At least I’ve seen her before though, and as an indication of how little presence she has, I saw her less than 2 months ago when I binge-watched the Alex Rider series. I still couldn’t place her as Eva, and well, that’s not surprising. She’s not terrible, but she’s not compelling either.

As for the writing, I wasn’t blown away. The TV series Revolution tread the same ground back in 2012 when everything on Earth just stopped working for power and electricity. All the machines just stopped in a single day. In Revolution, it was only 15y after the change, and this is 45, but the premise is similar. But I loved Revolution initially, and I thought, “Okay, let’s see what happens”.

But as the EP went on, it seems more like an Indigenous tribe coming into contact with modern world for the first time. I don’t want to spoil the surprise of some high-end tech (it’s not alien though), but it isn’t necessarily enough to get everyone on-board. I felt like the youngsters seem to know WAY too much about technology and the past — even knowing what airplanes are and that the new one isn’t the same level of technology — but they’re like 16 in the show. How would they POSSIBLY know? And they seem to have some pretty good stuff in their village if there’s no power anywhere. Not sure how they’re milling everything so well or getting bullets for rifles. But I digress.

Overall, the writing is okay, some of the dialogue needs work.

The show got some buzz, and I’m curious enough to keep watching for six episodes. But I’m not convinced the show is powerful enough to hold my attention, or that of everyone else either. Despite the buzz I heard, I’m going to predict renewal for another season and that’s it.