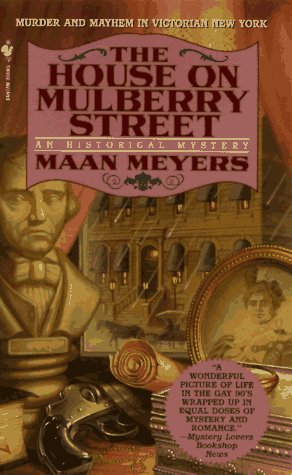 Esther Breslau is a Jewish immigrant who has found a job working as a photographer in the graft-filled world of 1895 Manhattan. John Tonnerman is an honest cop, a rare commodity on a police-force filled with those on the take and in a city where your innocence depends on the size of your pocketbook. Esther takes a picture during a riot and the thugs notice and come after her. A reporter she has been working with has the plates but the thugs worry about what he knows and take matters into their own hands to silence him forever. John and Esther try to figure it all out.

The research was impeccable, and the epilogue is a nice touch to separate fact from fiction. The writing is first-rate and the settings are alive with the time. Each image portrays the world of the time, and the reader is transported easily with each page.

A couple of small nit-picky points — there are a a lot of characters, which can be a problem to track in mystery stories, but they are sufficiently different here that they don’t run together as much. A few of the characters (such as the reporter) were fleshed out a little TOO much, but I’m assuming part of that was with a view to them showing up in future stories too.

One of the best historical mysteries I have read.

This site uses Akismet to reduce spam. Learn how your comment data is processed.